They stopped making it! I’m actually typing this post now with a keyboard I built from scracth. I’ve previously been using the MS 4k for over a decade. OK, not the exact one in the image; it’s like my 5th. Without it I’d get wrist pain within a day.

I suddenly found a new one was $400 on amazon! I was also thinking of checking to see if there was something more modern. I think the keys sometimes activate a little past the bump, which has lead me to prefer hammering on them to guarantee it registers. Or maybe I’m just always angry when I code. Things I want in a new keyboard:

Microsoft have a couple of new boards. One is the “Sculpt”. Can people stop making keybaords with integral navigation key layouts? Arrow keys, home and end need to be in a consistent location for my muscle memory to work and when they’re not I can’t copy/paste effectively.

The official replacement is rather ambiguously named the “Microsoft Ergonomic Keyboard” (microsoft.com, wikipedia.org). At least the navigation keys are still in a sane place. 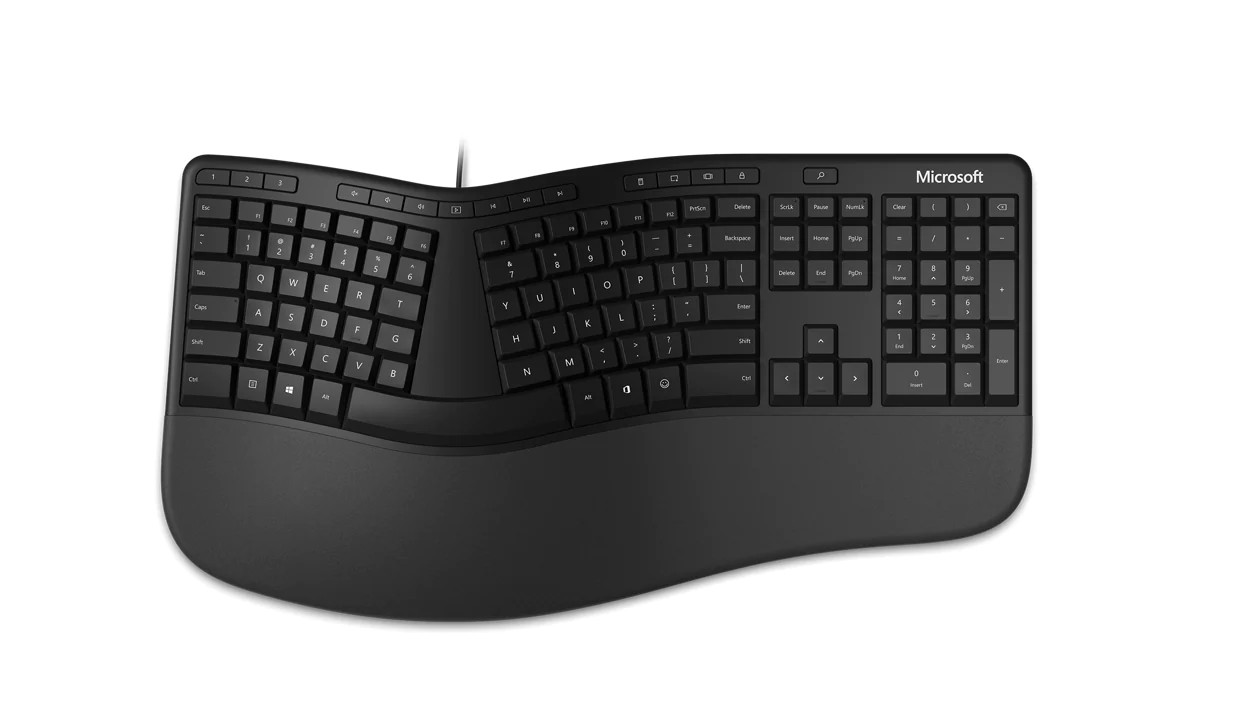 This might have been where my search ended, and there are some other decent looking ergonomic membrane keyboards with standard navigation keys out there (search). Buut.. what about a mechanical keyboard? (search+mechanical) I haven’t used one since the days of old AT DIN connectors. Could an ergonomic one exist? It seems others have had similar ideas too…

Just as recommended on reddit (others fyi), the visually closest mechanical one I could find is the Cloud Nine C989 ErgoFS. Note that they make a smaller one but with ****ed navigation keys. Probably worth a shot, but the keys are perfectly straight rows and by now I’m interested by the term ten keys less (TKL), which technically means no number pad but sadly is also applied to many keyboards with ****ed navigation keys. What other options are out there?

Ooh, there’s a whole community of people out there that build their own keyboards! 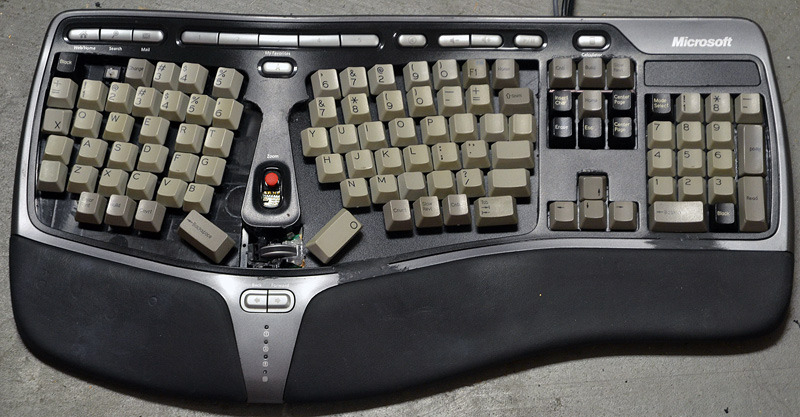 That sounds like a lot of work. Definitely, hats off to these people, but I just want something I can buy. So down the rabbit hole I go…

So nothing fits exactly what I want. Screw it. I own a 3D printer. I’ll build my own keyboard! (with blackjack…) How hard can this be! All I need to do is some simple soldering with some switches and diodes to an Arduino.

The first thing I did was buy some mechanical switch samplers to see which ones I liked. Yes! There are many, many kinds. I highly recommend samplers as trial and error with full boards would be expensive. I liked:

I occasionally get double activations with mechanical keys that I didn’t with the MS 4k. I don’t know if this is a thing, or I’m actually making mistakes. Not always the same keys and I’ve used two sets of switches, so it’s probably just me getting used to them and not hammering as much.

I then got a cheap (ish/relatively) mechanical board with my favorite switches. The plan was to use the switches in the one I end up making, and also see how I like using a full board. I was surprised how quickly my wrist pain returned when using this thing, even with a wrist pad and attempts to reverse tilt it.